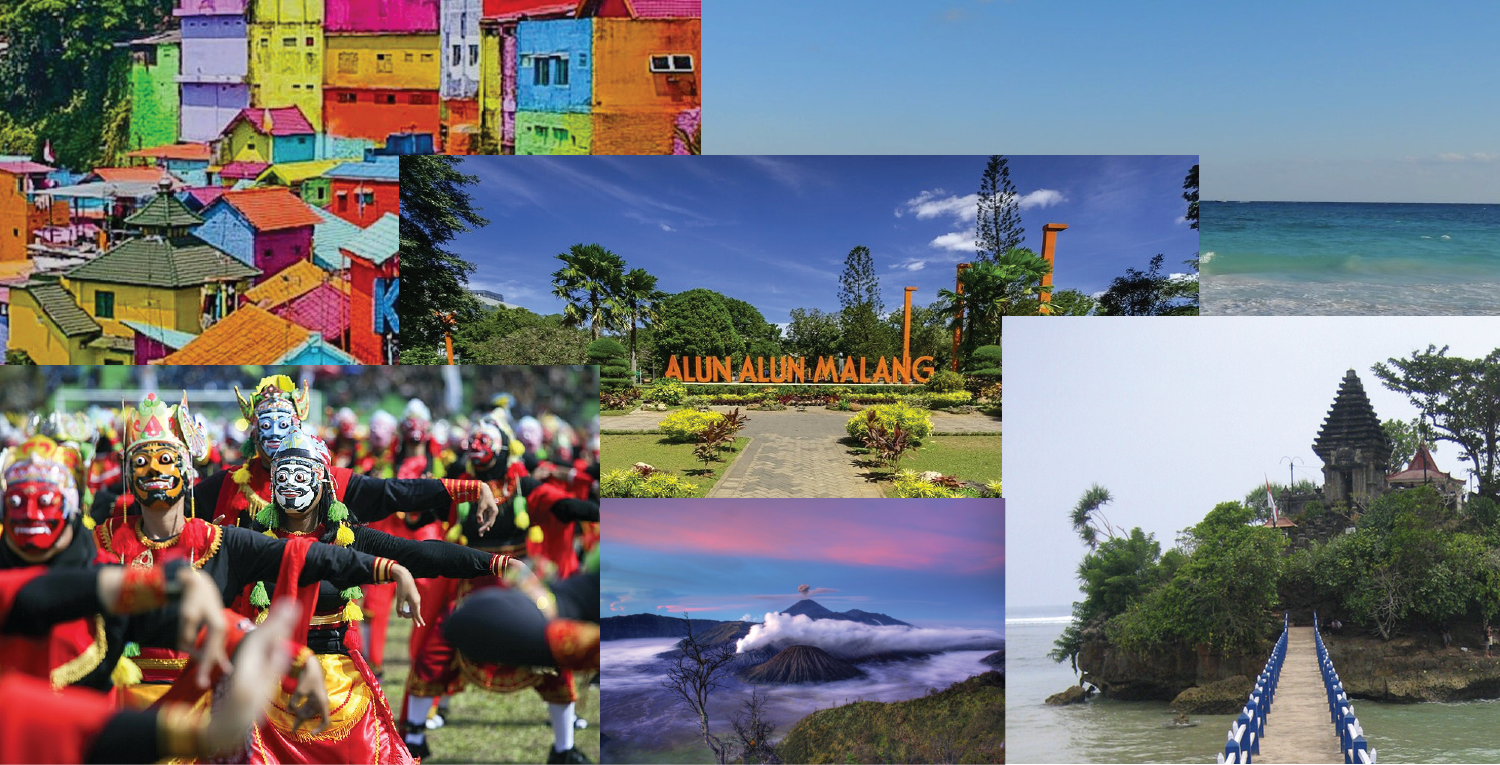 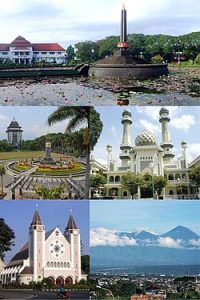 Malang offers a pleasant environment for studying and living. The city is a popular tourism
destination due to its beautiful nature and pleasant weather. It is also a feeder area for tourism
activities in the Greater Malang area, providing accommodation, recreation spots, public
entertainment, trading, culinary, banking and office centers. Malang is the gate for tourists in the
Greater Malang area and a center of economic activities.

Malang can be reached by air and land transportation. Direct flights to Jakarta, Denpasar,
Balikpapan, and Makassar are available from Abdulrahman Saleh Airport. For land transportation,
three main bus stations are available: Arjosari, Gadang, and Kacuk bus stations. Intercity routes
from the stations cover most major cities in Java, such as Jakarta, Bandung, Surabaya, Semarang,
and Yogyakarta. Another option is taking trains which also reach most cities in Java. Malang, with
its strong identity as city of education, industry and tourism offers all simplicity and hospitality for
international students and tourists.

Malang is the second biggest city in East Java. The total area of Malang City is 110.06 km2.
Geographically, Malang is in the highland surrounded by mountains. The altitude is in the range of
440-667 meters above sea level. Generally, the average temperature is between 23.8 C and 24 C.
However, it can reach 32.3 C in the dry season and 17.8 C in the wet season.

Nowadays, Malang is widely known as education city. There are 41 state and private higher
education institutions in Malang. The availability of education facilities, pleasant atmosphere, ideal
transportation and also quite low living cost make this city suitable for students from various
regions even from overseas to study.

Most of Malang residents are Javanese. The rest are Chinese, Arabic, and Madurese. Most of the
residents embrace Islam; the rests hold Christianity (Protestant and Catholic), Hinduism, Buddhism
and Confucianism. The most commonly spoken language is Javanese, particularly Jawa Timuran
with dialect of Arek.

The diversity of its ethnics has influenced the traditional art of Malang. The most popular form of
the art is Wayang Topeng Malangan (Traditional Mask). The traditional art came from three diverse
cultures comprising Mataraman, Madurese and Tengger. The preservation of this sacred legacy has
been carried out through various annual festivals such as Festival Malang Tempo Doeloe, Malang
Flower Festival, Festival Dalang Cilik, Malang Traditional Dance Festival, Padhang Bulang Festival,
Ken Dedes and Ken Arok Ambassador and Ruwatan Massal.